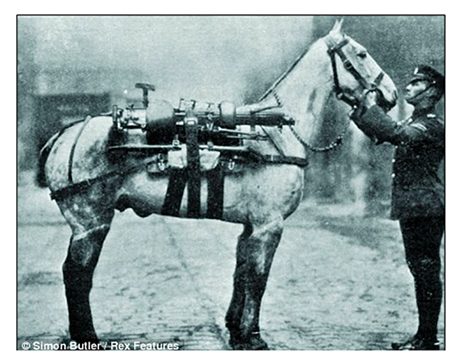 Sir Winston Churchill was a British Politician, Army Officer, writer and Prime minister, but did you know that he was also a major contributor to the safe return of thousands of horses after the First World War?

During the First World War, British military were heavily dependent on horsepower and spent millions during the war to buy over 1.1 million horses from Britain, Canada and the U.S. The horses were used to carry men, supplies and artillery.

At the end of the war, Churchill found out that thousands of the horses were at risk of disease, hunger and even death at the hands of French and Belgian butchers, as Britain couldn’t get them back to British Soil.

Churchill reacted with horror and anger as he was informed of the horses’ treatment and he took a special interest in their plight.

In 1919, Churchill who was secretary of war ordered extra vessels being used for repatriation, to save the horses and bring them back home. This intervention resulted in approximately 9,000 horses being sent home weekly. 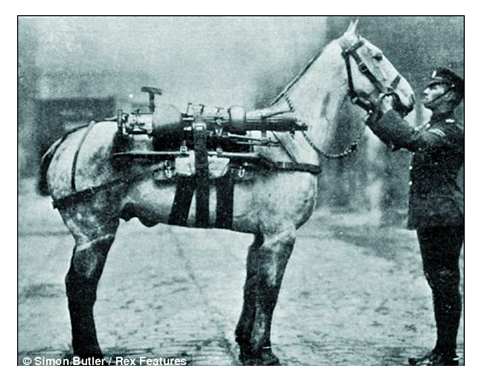 Why did Churchill take such an interest in the horses of war? Well, he was an animal lover and his motivation could have been based purely on animal welfare concerns.

He was noted that he loved everything from canaries to cats…

The awareness of the plight of the millions of horses that fought alongside our war heroes has touched so many people.

Steven Spielberg’s War Horse is based on the best selling 1982 children’s book by Michael Morpurgo and tells the story of one boys attempt to be reunited with his horse Joey, after the animal is sent to the front lines.

Thank goodness for Churchill’s dedication and conviction to have as many horses returned as possible. If your horse was sent to war, wouldn’t you do anything you could to get him home safely?