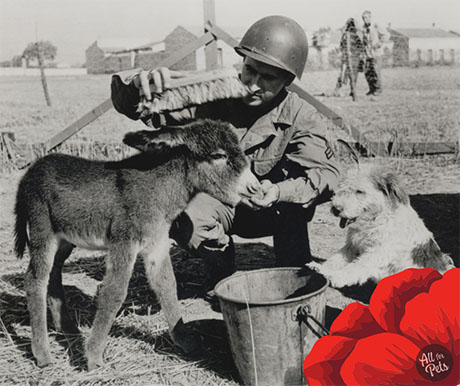 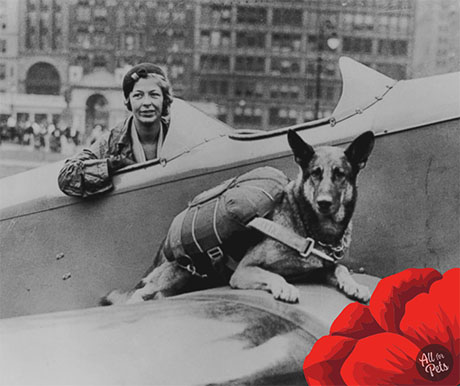 Since prehistoric times, humans have enlisted animals to help in their war fight.

As an example, over 16 million animals were used for a multitude of reasons during World War 1.

Some of the traditional animals that served alongside soldiers were dogs, horses, donkeys and even goats.

What you may be surprised to learn, is that in addition to the common animals of war, there were all kinds of unusual animals including elephants, dolphins, bees and bugs that played just as an important role in detecting and fighting off the enemy. 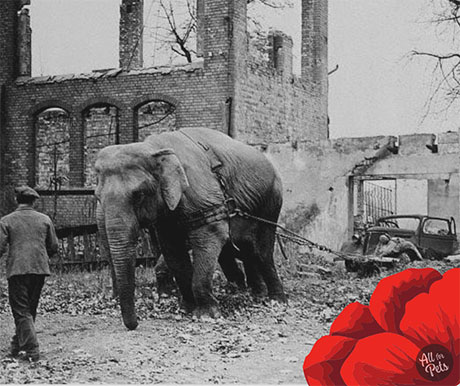 Elephants, the largest animals on earth, trampled enemy soldiers, gored them with their tusks, and used their trunks to throw the enemy across the fields. They even had their tusks tipped with iron spikes. Since the 1960’s, The US Navy used dolphins to carry out marine patrol, where their mine making abilities came in handy during the Persian Gulf War when Navy dolphins helped clear mines in Southern Iraq. Bees, and mosquitos were used in The Vietnam War where guerilla soldiers were said to have relocated huge nests of bees and they would set them off by lighting fireworks when the enemy was nearby. Even spiders and bugs were used by the Germans. The spiders spun silk that was used for creating surveying instruments. The potato bug was used by the Germans, where they dropped the potato bug on the fields of Great Britain in hopes that these insects would eat all the crops and starve the entire population. Who would have thought that these creatures were all part of the war?

A greater purpose of the animals of war: Companionship

Although the millions of animals that served alongside the soldiers was an invaluable contribution, there is another important use of the animals: companionship. Dogs, cats, and more unusual animals including monkeys, bears and lions, became pets and mascots. They provided great relief from the horrors of war, becoming sources of entertainment, pride and companionship.